I had the privilege of being Academic Director of Derbyshire College of Higher Education and hence the first Pro Vice-Chancellor (Academic) of the University of Derby when in 1992 it became the only such College to become a University at the same time as the former Polytechnics.

This led to  ‘consultancy’ for several other institutions aspiring to University status, in addition to my ongoing roles as a Chief External Examiner, External Examiner in Philosophy, or Research Ethics Adviser at a number of other Universities.  But after half a dozen years of extraordinary development at Derby in which both the institution and the City of Derby were transformed, I decided to take early retirement in the hope of getting down to some academic work of my own !

I was however given the curiously ghostly role of ‘Honorary Pro Vice-Chancellor’ for a three year period, and even undertook some postgraduate teaching in the Faculty of Art and Design.

Back in 1983 my Philosophy and the New Physics had been listed by Choice in the USA as one of the outstanding academic books of the year but, though it went through several editions, the planned sequels remained unfinished as I took on a series of critical roles during the turbulent development of Middlesex University.  Having originally studied Physics at Birmingham University and Philosophy at Sussex, in 1968 I had joined what became England’s second largest Philosophy Department, playing a key role in institutional planning over more than two decades and teaching in all six Faculties. I headed up degree courses in three different Faculties,  gaining Chartered Physicist status en route to becoming Dean of Humanities. I’d also worked as a History Tutor for the Open University, and served on the Committee of the British Society for the Philosophy of Science, the Science Studies Committee of the Council for Science and Society, and various committees of the former Council for National Academic Awards (including its Regulations Committee and the Science, Technology and Society Board). When I left Middlesex I was made one of its first Honorary Professors.

However the idea that, having left the University of Derby, I could simply retreat to my library and eavesdrop on the conversations between the more than ten thousand volumes accumulated on the shelves, proved short-lived as other challenges came looking for me. I became Project Champion (now Honorary Vice President) for Derby’s £2m Multi-Faith Centre, the founding Chairman (now Honorary President) of the City’s Chamber Music Society, and the coordinator of my village’s Millennium Topograph and Time Capsule projects.  Then, after serving as Chairman to help steer Derby Playhouse to what seemed to be safe waters, I found myself returning for a fraught and protracted struggle to save the theatre  – now safe and successful as Derby Theatre under the aegis of the University. Having stepped down as Acting Chairman of the Multi-Faith Centre, I still serve on its Planning and Development Committee, and I belong to Derby’s Holocaust Memorial Day Working Group as well as the Council of the Derby Civic Society.

In the interstices of these activities, I have helped organise programmes of events and have given special lectures focussed on developing Derby’s awareness of its cultural history. Demand for transcripts of the unscripted lectures led me to recreate them as ‘mini-monographs’ with the profits going to local cultural charities (primarily Derby Museum and Art Gallery and Erasmus Darwin House in Lichfield, but also Derby Cathedral). These mini-monographs all contain unexpected discoveries often resulting from my geographically specific pretext for writing, but they are intended to be of interest to the wider world as well.

Meanwhile I have continued to lecture and write on other themes. These have included several lectures and short papers to mark the centenary of Einstein’s Annus Mirabilis of 1905, and a series of eight lectures entitled Mind, Matter and God in preparation for a four volume work connecting themes in the philosophy of physics, psychology, and religion, which is still in preparation. 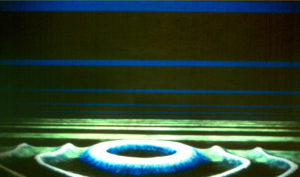 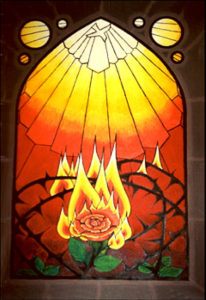 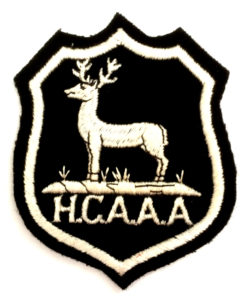 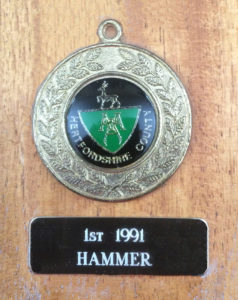 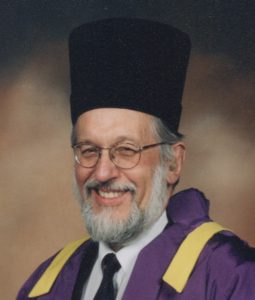 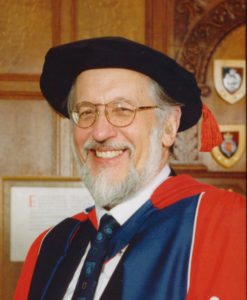