Thanks to the support of Arts Council England, the National Heritage Memorial Fund, the Art Fund, and generous Friends of the Museum, Derby Museum and Art Galley has recently acquired the important Joseph Wright self portrait, showing him as an artist at about the age of 40. Wright had originally given it to his friend Thomas Coltman by way of thanks for his support for his Grand Tour of Europe, and it had remained in that family ever since, only becoming available thanks to HM Government accepting it in lieu of Inheritance Tax.

What is of particular interest here is the fact that the portrait was painted on the back of a Sketch or Study for Wright’s Experiment on a Bird in the Air Pump. There are indications that this canvas was cut down when it was reused, and in fact if it is rescaled it can be matched quite closely to elements in the final painting. However the area which would have carried the figures on the left of the final painting no longer exists. (There is a hint at the edge of the blueish dress of the young woman in the final painting.) The acquisition has provided an occasion to revisit the previous mini-monograph in this series.

I now realise that the widespread previous assumption in the literature that the dramatically dressed figure on the left was intended to be Wright’s friend Thomas Coltman (with his bride to be) does not stand up to close examination. This previous assumption has been corrected in Matthew Craske’s recent major work Joseph Wright – Painter of Darkness, and his identification of the figure instead as Peter Perez Burdett is corroborated in Stephen Leach’s forthcoming major biography which shows for the first time the extraordinary life of Wright’s friend. The fact that Burdett is thereby shown to be implicated in all three of Wright’s major ‘scientific paintings’ and that such paintings ceased after Burdett left to work for the Margrave of Baden, is very significant.

It now seems very probable that the young woman gazing adoringly at Burdett in the painting is actually the singer Friedrike Kottowsky, who became a young companion of Burdett’s wife, the much older Hannah Wansell. Friedrike travelled with them to Baden, where she became the mother of Burdett’s child and subsequently his second wife after Hannah’s death.

This implies that if the painting was intended to depict and interpret an actual occasion then this occurred in 1767 during the period when Wright was exhibiting at the Society of Artists Exhibition, Burdett was securing the Royal Society of Arts Prize for his Map of Derbyshire and was trading at Sam’s Coffee House near the Royal Exchange, while Friedrike was beginning her public career as a singer and lodging with the composer, Thomas Arne. It is extremely probable that their shared love of music would have drawn them together in London.

The architecture of the room in which the ‘Experiment’ is being performed shows the kind of triangular, pointed pediment above an inner doorway which is an internal characteristic only of the grandest of the contemporary Palladian mansions. The distant view of a Church Tower across fields which seem to show hedges and ditches as well as a number of nearby trees, which is dimly visible through the bottom panes of the window, should help to narrow down the possibilities in the way which was attempted in the first edition of Experimentising the Bird in the Air Pump. Unfortunately some other indicator appears to be needed to narrow down the range of possibilities decisively – if indeed the painting (as originally sketched) depicted an actual occasion. Thus far, searches through newspaper lecture advertisements and images of the grounds and interiors of Palladian mansions in the London area have yielded nothing sufficiently convincing to make a new edition worthwhile.

However for the moment the mini-monograph discussing this painting is being withdrawn, since I am now sure the apparently ‘amorous couple’ were wrongly identified and indeed the involvement of Peter Perez Burdett is perhaps the one thing one can be sure about.

A new monograph, written with the assistance of detailed research by professional genealogist Anne Powers, demonstrates the true identity of Lucy Hardcastle, establishes her place among the female Botanists of the early 19th century, and show how she was able to set up a school to provide for her family in the wake of the failure of the business run by her ailing husband. The new Appendix to the volume on Erasmus Darwin had set in train a series of events which led to Derby Museum and Art Gallery obtaining a rare illustrated manuscript by her. This new monograph transcribes the text and reproduces the illustrations of what transpires to be an account of some of her original research, presented to her son-in-law Dr Francis Boott possibly to celebrate his graduation from Edinburgh and his setting up as a Physician practising in London. The ramifications of her direct and indirect influence turn out to be very significant,

The volume on Herbert Spencer – billed as Part II in ‘Evolution’ evolving, as a sequel to the monograph on Erasmus Darwin came out late last year.

It gives an account of his early career and continuing connections with Derby, which continued for a long time with periods of sojourn a few hundred yards from where this little book was written. It gives a succinct account of his vast ‘Synthetic Philosophy’ paying particular attention to his Psychology, and his contribution to the founding of Sociology as a new discipline, but raises questions about ‘Spencerism’ as an ideology itself in need of a sociological analysis.

Just published – an astronomical interpretation of the prehistoric cup and ring carvings discovered in Ashover and at certain sites further north, linking them to the dawn rising of specific constellations at key dates in the agricultural year. It is suggested that these petroglyphs may have featured in communal celebrations thanks to simulating key constellations by reflections in moonlight or torchlight. A quantitative method of assessing similarities between constellations and petroglyphs is proposed which appears to corroborate the suggested method of mapping the sky, by explaining systematic distortion. It is hoped that this publication might stimulate further enquiries into the meaning of a ubiquitous feature of our northern landscapes.

The connections to the Derby Museum on-line shop have been restored and the catalogue held by the Shop has been updated.

The Appendix on Measurement in Physics and the efforts over two centuries to improve on Cavendish’s work, now includes a discussion of the redefinition of the SI Units of Measurement in terms of Fundamental Constants.

The new edition of ‘Evolution’ evolving – Part I, Dr Erasmus Darwin is dedicated to the memory of Dr Desmond King-Hele FRS. It has more on Radicalism and Repression in the 1790s, and a new Appendix which resolves the puzzle of Lucy Hardcastle’s origins, created by Charles Darwin thinking she was another illegitimate daughter of his grandfather’s. Coming shortly: a short pamphlet analysing the celestial ceiling of St Mary’s Church and revealing four different dateable stages of development: from the original pre-Reformation painting in 1525, to the celebration in 1557 of the return of sacramental practice during the Marian Reaction, and finally the entirely different naturalistic perspective provided by the Enlightenment.

The Philosopher Lecturing on the Orrery in Joseph Wright’s famous painting was almost certainly responsible for initiating the changes which are dateable to 1771/2 and 1782. 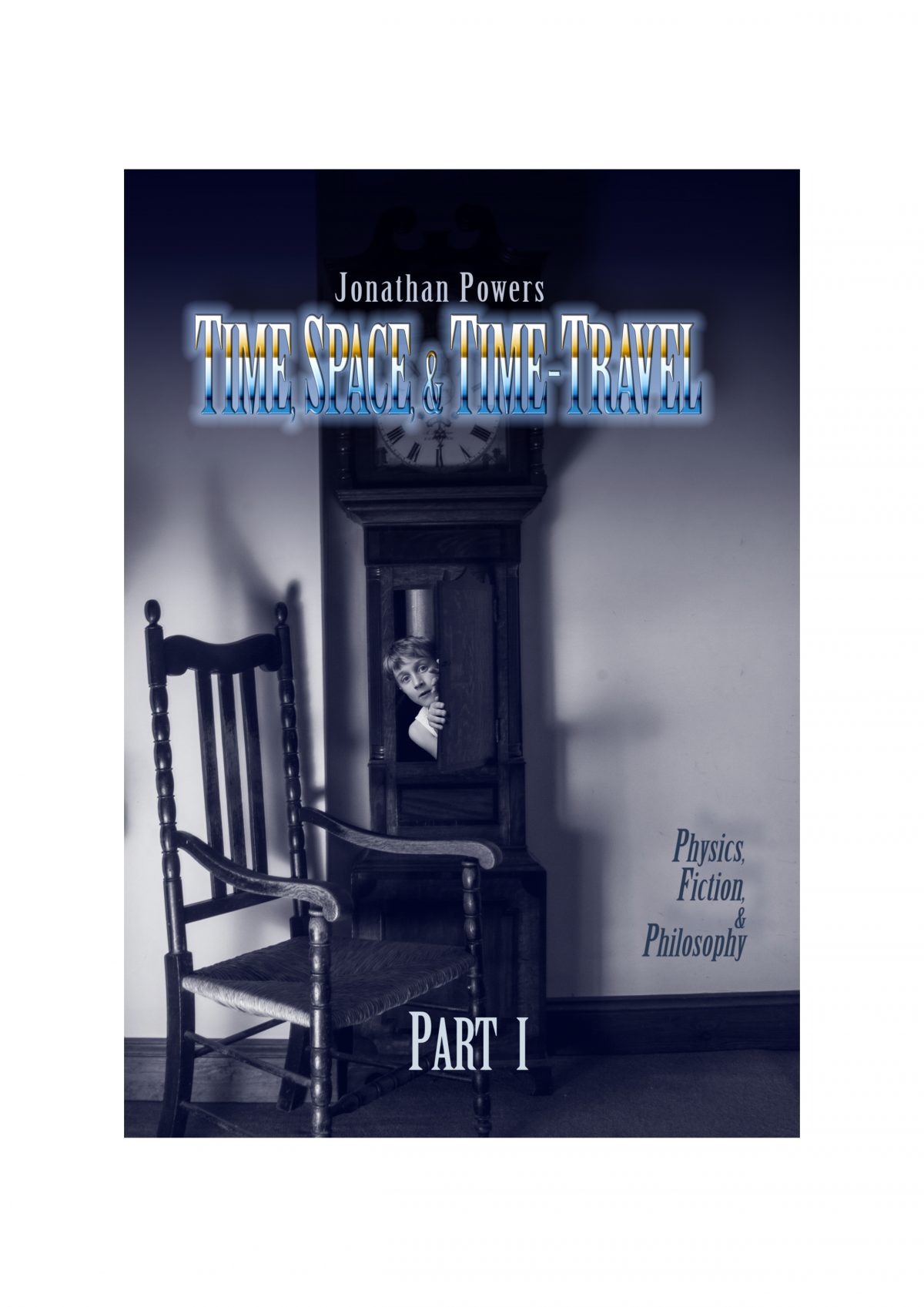 Next week  Quandary Books will be publishing a Trilogy of little monographs, entitled TIME, SPACE, AND TIME-TRAVEL – Physics, Fiction, and Philosophy.

It explores the tensions between Mathematical and Narrative concepts of Time, exploring the impact of revolutions discoveries in physics, a plethora of bewildering paradoxes, and attempts to exploit some of these ideas in fiction and on film.

What is ultimately at stake is fundamental to our efforts to make sense of ‘Reality’ and our own place as conscious beings in the scheme of things.