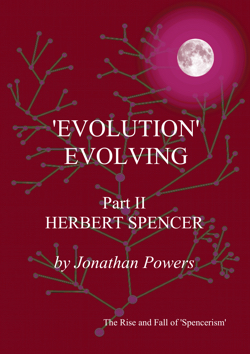 Herbert Spencer was born in Derby in 1820, where his father ran a school and was Secretary of the Philosophical Society which had been founded by Erasmus Darwin. Brought up to be independent minded, the imaginative young Herbert Spencer initially worked as a railway engineer. Had his flood relief scheme for Derby, devised after the flood of 1842, been implemented, it might have prevented the later inundation of 1932. His practical ingenuity ran from inventing a forerunner of the paperclip to a fully adjustable invalid bed.

Spencer became revered for his writings. He propounded an Evolutionary Theory before Charles Darwin, which he extended to the development of human society. He was a founder of ‘Scientific Sociology’ combining a functionalist analysis of social structures with an evolutionary account of their transformation. At the same time he argued for a minimalist State in the interests of the Liberty of the individual. His vast Synthetic Philosophy spanned cosmology, biology, psychology, sociology, and ethics, leading to his nomination for the Nobel Prize in Literature shortly before his death in 1903.

When Professor Powers gave a lecture on Derby’s association with ‘evolutionism’ in 2003 there were two questions of particular interest. Firstly did Spencer’s theory owe anything to the earlier vision of Erasmus Darwin ? Secondly did the emergence of these evolutionary world views owe anything to the belief in the inevitability of ‘progress’ associated with the Industrial Revolution ?

This book has been published in time to mark the year of Herbert Spencer’s Bicentenary.