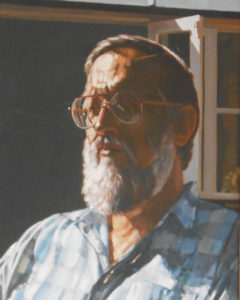 Since retiring Jonathan Powers has given special lectures and helped to organise programmes of events designed to awaken Derby to aspects of its cultural history. Demand for transcripts of his unscripted lectures has led to the creation of a series of ‘mini-monographs’ with the profits going to regional cultural charities (such as Derby Museum and Art Gallery and Erasmus Darwin House in Lichfield).

These little books all contain unexpected discoveries resulting from the geographically specific pretext for writing, and they all offer comprehensive, albeit succinct, accounts of their subjects which will be of much wider interest.

The Enlightenment Series currently explores the life and work of:

John Flamsteed FRS, the first Astronomer Royal at Greenwich, who mapped the heavens with a telescope in an attempt to solve the Longitude Problem, but clashed with Newton and Halley. 200 years after his birth, his unwitting observations of Uranus influenced the discovery of Neptune.

Dr Benjamin Franklin FRS the pioneering printer, inventor, experimenter, and diplomat who became a Founding Father of the Science of Electricity as well as of the United States. His leisure-time travels  within the British Isles (here described in detail for the first time) brought him into contact with key figures of the Enlightenment and the early Industrial Revolution.

The famous clockmaker and pioneer geologist, John Whitehurst FRS, whose struggle to reconcile his discoveries in Derbyshire, North Wales, and Northern Ireland, with a literal reading of Genesis did not prevent him laying the groundwork of scientific stratigraphy.

The polymath Dr Erasmus Darwin FRS, who simulated by the discoveries of fossils during the excavation of the Harecastle Canal Tunnel, articulated a comprehensive evolutionary vision of life and the universe in his poetry, but was savaged for his political radicalism, and his support for the Americans and the French Revolution.

The seemingly autistic Henry Cavendish FRS, who thanks to a niche in the emerging world of professional science created by his loving father, became recognised as ‘the greatest since Newton’ – discovering hydrogen and ‘weighing the Earth’ – despite publishing less than half of what he knew.

The disinherited mathematics teacher and science lecturer, John Arden, who is shown to be ‘the Philosopher Lecturing on the Orrery’ in Joseph Wright’s famous painting. Hitherto forgotten in the City where his picture has hung since 1884, he is remembered in Bath for stimulating Edmund Rack to form the Bath Philosophical Society and in Beverley for rescuing the education of Mary Wollstonecraft.

Five of these mini-monographs are already into second editions. There are three more volumes in the pipeline:

Nature, Power, and Liberty: Thomas Hobbes of Malmesbury and Derbyshire